IN THE PATENTS COUNTY COURT

Michael Hicks (instructed by Bristows) for the Claimant

This is an action for trade mark infringement brought by the claimant, a firm of solicitors called Redd Solicitors LLP ("Redd"). Redd was started in 2004 and is a firm specialising in intellectual property law. The claim is brought against the first defendant, a firm of licensed conveyancers called Red Legal Ltd ("Red Legal"). The second defendant is a director of Red Legal. Red Legal started in business in 2009. It uses the name "red legal", has a website at www.redlegal.co.uk and uses the following red coloured logo: 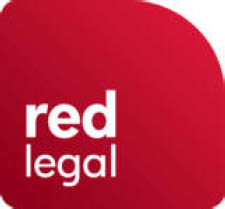 Red Legal denies infringement, denying confusing similarity and also relies on the own name defence (Art 11 of the CTM regulation). Furthermore and importantly Red Legal contends that the REDD mark should be partially revoked on the ground that Redd only practises in a specific and focussed area (intellectual property law) and so the specification of services for which the REDD mark is registered should be narrowed either to "legal services relating to the field of intellectual property law" or at least to "legal services other than those relating to the conveyancing of residential property". The objective of this partial revocation from Red Legal's point of view is to produce a specification of services for the REDD mark which does not cover the services offered by Red Legal. That then has an impact on the question of infringement.

Redd's other case is based on a UK registered trade mark No. 2 550 015 for the word RED in respect of various services in class 45 as follows:

The RED mark was applied for on 10 th June 2010 by a firm of solicitors called Darbys. In settlement of a dispute between Redd and Darbys, Redd acquired the trade mark application on 28 th March 2011. The RED mark was registered on 20 th May 2011.

Finally there is the question of the personal liability of Mr Crighton for the acts of Red Legal in relation to infringement of both marks.

For the claimant I heard from Simon Chalkley, a partner in Redd. He was the sole witness for Redd. The primary aspect of his evidence which was the subject of cross-examination was about the services offered by Redd. There were also points relating to a s3(6) bad faith question in relation to the RED mark. Mr Vanhegan did not criticise Mr Chalkley. He was a good witness.

For the defendants I heard from Mr Crighton and Mr Smith, the founders of Red Legal. Mr Smith was the principal witness for Red Legal. The major issues which were the subject of cross-examination of both witnesses were the nature and extent of searches carried out by these two men when they set up Red Legal and the scope of Red Legal's business in the period up to June 2010. Mr Hicks did not criticise either witness. They were both good witnesses.

The firm started as a partnership but incorporated on 31 October 2004. Mr Chalkley explained how the name came about. They did not want to use the surnames of the founding partners and wanted a brand name which was neither an acronym nor contained the names of the partners. They wanted a single word with a modern feel. Mr Chalkley and Ms Ashby had been thinking of the idea of a colour and had both come up with the name "red". When the three partners met together they stumbled on the word REDD in dictionaries. It was a word none of them had encountered before. The word was defined as a verb of Scottish or Northern English derivation with the following meanings:

"clear (a space, way, etc); remove (an obstruction or blockage); clean out; 2a: settle, decide (a dispute, plea etc); put an end to (a quarrel or confusion). 2b: part, separate (combatants); 3a: arrange, put right, clear up (business, affairs, etc); 3b: disentangle, unravel, sort out…"

Furthermore a "redder" (noun) was defined as "a person who redds" and "one who tries to separate combatants or settle a quarrel".

Mr Chalkley explained that from their perspective the word "redd" was almost too good to be true. It was highly suggestive of the colour red, which they already liked but by adding the extra silent "d" they had arrived at a brand name which had a secondary meaning which reflected the nature of their business and yet, because it had long fallen out of use, was capable of functioning well as a trade mark. It was put to Mr Chalkley in cross-examination that Redd had therefore positively rejected RED as a trade mark in preference for REDD because the founders were aware of other businesses using RED as a mark. He did not agree and I reject that suggestion. The founders chose REDD on its own merits, not because of the names of other businesses.

Trade mark searches were done as well as searches at Companies House and for existing internet domains. A logo was designed. It has been used ever since. In the logo the word "Redd" is written in a red colour as is the firm's full name "Redd Solicitors LLP". A coloured example from the firm's headed notepaper (in the letter before action in this case) is:

Redd has also used other forms of marketing material which emphasises a red colour.

After starting with a website at "www.redlaw.co.uk" from July 2004 Redd used "www.see-redd.com" as the address for their website.

By 2009/2010 Redd had built up a successful practice as a firm of solicitors. The focus of the practice is intellectual property law. As a firm of intellectual property solicitors, Redd has built up substantial goodwill and enjoys an enviable reputation. However, given the partial revocation case it is necessary to delve into the details of Redd's business in more depth. A detailed exposition of the nature and scope of Redd's practice was given by Mr Chalkley in his evidence.

Redd's case was that, although it is a firm of solicitors with a strong focus on intellectual property law, it was not correct to say that the firm only provides legal services in the field of intellectual property law. Mr Chalkley's evidence was that all three founders had a broad legal experience before they left Gouldens and that, although at the time they set up Redd in 2004 all three had substantial...