Mark Engelman (instructed by Walker Morris) for the Defendant

This is a case about Yorkshire pride, in more ways than one. The protagonists, Samuel Smith and Cropton Brewery, are two proud, small, independent Yorkshire breweries. There is no dispute about the quality of their respective beers. The casus belli is Samuel Smith's claim that Cropton Brewery has infringed Samuel Smith's registered trade mark for a stylised white rose device, and committed the tort of passing off, by use of labels incorporating two similar stylised white rose devices. For the uninitiated, a white rose is the traditional symbol of the county of Yorkshire, having been the emblem of the House of York during the Wars of the Roses. The dispute is one which ought to have been capable of settlement out of court a long time ago. Instead it has grown into a case which is out of all proportion to what is at stake in commercial terms. One explanation for this is Yorkshire pride; but I fear that the English legal system bears a measure of responsibility as well.

Samuel Smith is the registered proprietor of UK Registered Trade Mark No. 1,006,571 ("the Trade Mark") registered as of 14 February 1973 in respect of "beer" in Class 32. The Trade Mark consists of the following device: 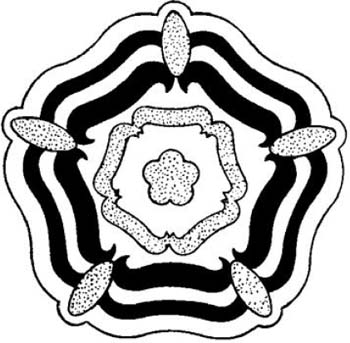 It is common ground that the Trade Mark is registered in monochrome with no indication of colour. In practice, it is used by Samuel Smith exactly as registered except that the shaded portions are normally coloured dull gold or beige.

It is important to note at the outset there is no challenge to the validity of the Trade Mark. I shall discuss the significance of this below.

Samuel Smith is also the registered proprietor of UK Registered Trade Mark No. 2,005,780 registered as of 31 October 1994 in respect of "draught and bottled beer, all brewed in Yorkshire" in Class 32. This trade mark consists of the following device: 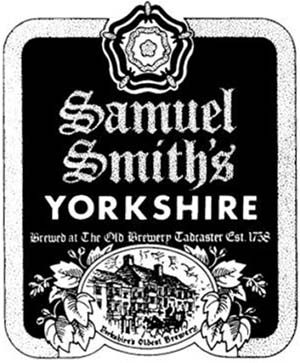 Although Samuel Smith pleaded this trade mark, counsel for Samuel Smith rightly did not rely on it at trial. It adds nothing to Samuel Smith's case, and I will say no more about it. On the other hand, it should be noted that this is one of a number of registered trade marks owned by Samuel Smith featuring the same style of label. The other trade marks differ only in the product mark or descriptor: instead of YORKSHIRE, they have NUT BROWN ALE, TADCASTER BITTER or XXXX BEST MILD.

The labels in issue

Samuel Smith complains about the labels used by Cropton Brewery in relation to two different beers. The first product is Yorkshire Bitter, a bottled beer brewed by Cropton Brewery exclusively for Marks & Spencer plc. I reproduce below a photograph of the label seen from the front of the bottle: 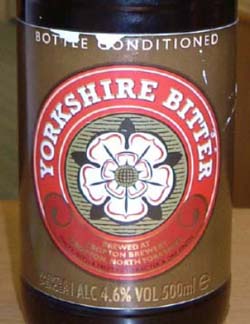 I reproduce below a photograph of the entire label laid flat:

The second product is Yorkshire Warrior, a beer brewed by Cropton Brewery for sale both on draught and in bottle. I reproduce below a photograph of the label seen from the front of the bottle: 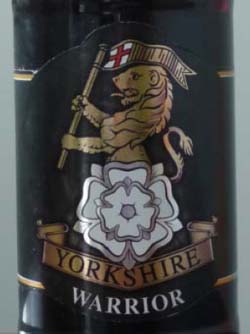 I reproduce below a photograph of the entire label laid flat:

Cropton Brewery called three factual witnesses. Philip Lee has been the proprietor of Cropton Brewery since 2001. Although he is a sole trader, I will refer to the business by its trading name. Lieutenant Colonel David O'Kelly has been Regimental Secretary to the Yorkshire Regiment since its formation in 2006. Michael Miles worked at The White Rose Hotel in Leeming Bar, Yorkshire from 2004–2011 and was manager from 2009–2011.

All of the factual witnesses were straightforward witnesses. In the case of Mr Lee, he was initially slightly reluctant to admit certain points put to him by counsel for Samuel Smith, but ultimately was frank in his admissions.

In addition to the factual witnesses, Samuel Smith called one expert witness, Tom Blackett. Mr Blackett is an expert in branding and marketing, having worked for the Interbrand Group for 25 years prior to retiring in 2008 and setting up as an independent consultant. Counsel for Cropton Brewery did not challenge Mr Blackett's expertise in branding and marketing, but submitted he had no particular expertise with regard to the brewing industry. I do not accept this. Mr Blackett testified that he had particular experience of the brewing industry, having worked for a number of major clients in that field.

More importantly, counsel for Cropton Brewery submitted that no weight should be given to Mr Blackett's evidence with regard to the likelihood of confusion, unfair advantage and detriment to the Trade Mark. In support of this submission, he relied on the comments of all three members of the Court of Appeal in esure Insurance Ltd v Direct Line Insurance plc [2008] EWCA Civ 842, [2008] RPC 34. Mr Blackett also gave evidence in that case. Arden LJ said [62]:

"Firstly, given that the critical issue of confusion of any kind is to be assessed from the viewpoint of the average consumer, it is difficult to see what is gained from the evidence of an expert as to his own opinion where the tribunal is in a position to form its own view. That is not to say that there may not be a role for an expert where the markets in question are ones with which judges are unfamiliar: see, for example, Taittinger SA v Allbev Ltd [1993] F.S.R. 641. However, the evidence of Mr Blackett on confusion was of no weight in this case: he merely gave evidence as to his own opinion about a market which would be familiar to judges. If more cogent evidence of customer perception is needed, the traditional method of consumer surveys must (subject to my second point) carry more weight and is to be preferred. Mr Mellor went so far as to suggest that expert evidence is inadmissible on the question of consumer perception. I do not consider that it is necessary to go quite that far because there are exceptional situations, but I note that in The European Ltd v The Economist Newspaper Ltd [1998] F.S.R. 283 at 290–291 Millett L.J., with whom Hobhouse and Otton L.JJ. agreed, considered that the evidence of trade witnesses who gave their opinion of the likelihood of confusion was 'almost entirely inadmissible'. He added: 'It is not legitimate to call such as witnesses merely in order to give their opinions whether the two signs are confusingly similar. They are experts in the market, not on confusing similarity.' The cogency of their evidence must in any event, save where expert knowledge of the particular market is required, be in real doubt. Its use may therefore lead to a sanction in costs. (Mr Mellor also made objections to the evidence of Mr Tildesley, but in the circumstances it is unnecessary for me to deal with these separate objections.) If the objection can be dealt with as one going to weight, this is often the course which the court takes: Re M & R (Minors) (Sexual abuse: expert evidence) [1996] 4 All E.R. 239."