ON APPEAL FROM THE TRADE MARKS REGISTRY

Simon Malynicz (instructed by Williams LLP) for the Respondent

This is an appeal from the decision of Mrs Judi Pike ("the hearing officer") sitting for the Registrar of Trade Marks dated 30 May 2012 by which she upheld in part the respondent's opposition to trade mark application no. 2543659A.

The opposed mark formed part of a series of six marks, but nothing turns on that fact. It is a stylised word mark—youview—presented in various ways as follows: 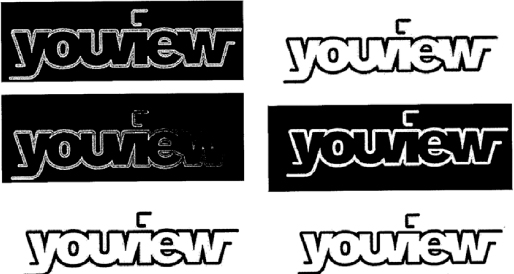 The appellants are a joint venture between the BBC, ITV, BT, Channel 4, TalkTalk, Arqiva and Channel 5 whose business is to launch a device analogous to the Freeview set top box that allows reception of free-to-air digital radio and television broadcasts. Their YouView box will allow such reception, will include a recording facility and will also provide access to catch-up TV services over the internet such as the iPlayer service provided by the BBC. The YouView box will thus be an apparatus for television and radio reception and will require on-board software to carry out those, as well as its other functions.

So far as this appeal is concerned the appellants wish to be allowed registration in class 9 for (a) "Apparatus for television and radio reception" and (b) "Software for embedding in apparatus for television and radio reception". The former was already part of the specification of goods of the mark applied for, but the latter is a new formulation advanced for the first time on appeal. The respondents maintain their position that the mark is not registrable for (a). In relation to (b), they object both to the introduction of the newly worded description and maintain that it is in any event open to objection on the same grounds.

The opposition is based on the respondents' own prior mark, and on the provisions of section 5(2)(b) of the Trade Marks Act 1994 which provides that:

"(2) A trade mark shall not be registered if because –

there exists a likelihood of confusion on the part of the public, which includes the likelihood of association with the earlier trade mark."

The respondents are the proprietors of the earlier registered trade mark no. 2518843B YOUR VIEW. It was applied for on 18 June 2009 and is registered in the following classes for the following descriptions of goods:

Class 35: Provision of commercial business information by means of a computer database; computerised database management; compilation of information into a database.

The respondents' mark had been registered for less than five years at the date of the publication of the application for the opposed mark. Accordingly, (as the hearing officer held and as is common ground on this appeal) it must be considered for the purposes of the opposition on the basis of notional and fair use across the breadth of the goods and services for which it is registered. Actual use is not required, and so an enquiry into the goods for which the mark has been used is of not more than background interest, if that. The respondents' case is that there is a likelihood of confusion under section 5(2)(b) because of the similarity between the parties' marks and the identity or similarity between their respective goods and services.

The hearing officer conducted a meticulous and exhaustive comparison of the very extensive specifications of goods and services applied for by the appellants with the relevant parts of the respondents' specification, as well as a careful comparison of the rival marks. The former comparison led her to make a graduated assessment of the similarity (or lack of it) between various classes of goods and services, which she then fed in to her assessment of the similarity of the marks in order to reach her evaluation of the likelihood of confusion. It can be seen from the narrow scope of the appeal that there is broad satisfaction with her conclusions over a wide spectrum of the goods and services which she had to consider.

On this appeal the appellants contend, firstly, that in refusing to allow the two descriptions of goods which I have set out above, the hearing officer wrongly construed the earlier specification. In particular it is said she gave too broad a construction to "telecommunications services" and to "database programs and databases" in the respondents' mark. Secondly they contend that the hearing officer failed to evaluate properly certain factors when comparing the marks themselves.

The first ground of appeal: similarity of goods and services

The approach to the comparison of goods and services for the purpose of determining whether they are identical or similar was set out in the hearing officer's decision at [9] to [13]. I set it out here because neither side made any criticism of it:

9. In comparing the respective specifications, all relevant factors should be considered, as per Canon Kabushiki Kaisha v Metro-Goldwyn-Mayer Inc. where the CJEU stated at paragraph 23 of its judgment:

"In assessing the similarity of the goods or services concerned, as the French and United Kingdom Governments and the Commission have pointed out, all the relevant factors relating to those goods or services themselves should be taken into account. Those factors include, inter alia, their nature, their intended purpose and their method of use and whether they are in competition with each other or are complementary."

"82 It is true that goods are complementary if there is a close connection between them, in the sense that one is indispensable or important for the use of the other in such a way that customers may think that the responsibility for those goods lies with the same undertaking…".

10. Additionally, the criteria identified in British Sugar Plc v James Robertson & Sons Limited ("Treat") [1996] R.P.C. 281 for assessing similarity between goods and services also include an assessment of the channels of trade of the respective goods or services.

11. If goods or services fall within the ambit of terms within the competing specification, they are considered to be identical, as stated by the General Court ("GC") in Gérard Meric v OHIM, case T-133/05.

12. A great deal of the submissions made at the hearing, in writing and via evidence, focussed on the meanings of terms in the specifications. The significance of classification and the relevance of class numbers were considered by …the courts in Altecnic Ltd's Trade Mark Application (CAREMIX) [2002] R.P.C. 639. In Avnet Incorporated v Isoact Limited [1998] F.S.R. 16 Jacob J held that:

"In my view, specifications for services should be scrutinised carefully and they should not be given a wide construction covering a vast range of activities. They should be confined to the substance, as it were, the core of the possible meanings attributable to the rather general phrase."

13. Specifications should not be given an unnaturally narrow meaning, as per Beautimatic International Ltd v Mitchell International Pharmaceuticals Ltd and Another [2000] FSR 267. In Thomson Holidays Ltd v Norwegian Cruise Lines Ltd [2003] RPC 32, although in the context of a non-use issue, the court considered interpretation of specifications:

"In my view that task should be carried out so as to limit the specification so that it reflects the circumstances of the particular trade and the way that the public would perceive the use. The court, when deciding whether there is confusion under section 10(2), adopts the attitude of the average reasonably informed consumer of the products. If the test of infringement is to be applied by the court having adopted the attitude of such a person, then I believe it appropriate that the court should do the same when deciding what is the fair way to describe the use that a proprietor has made of his mark. Thus, the court should inform itself of the nature of trade and then decide how the notional consumer would describe such use".

Mr Daniel Alexander QC, who appeared for the appellants with Mr James Abrahams, drew my attention to the facts of the Treat case. The court there held that jam was not encompassed within the description of "dessert sauce". The mere fact that some people did or could use jam as a dessert topping did not mean that in ordinary parlance it was a dessert sauce. It was necessary to focus on the core of what is described.

There are sound policy reasons for this. Trade mark registrations should not be allowed such a liberal interpretation that their limits become fuzzy and imprecise: see the...